Today we had our first readthrough of You Are My Sunshine with stars Steve Salt, Jack Knight and Charlie Clarke joining some of the crew to go through their scenes of the script (the 1970s segments), as well as discuss dates, filming logistics as well as other pre-production items on the agenda….and all with sausage sandwiches and cuppa’ teas! 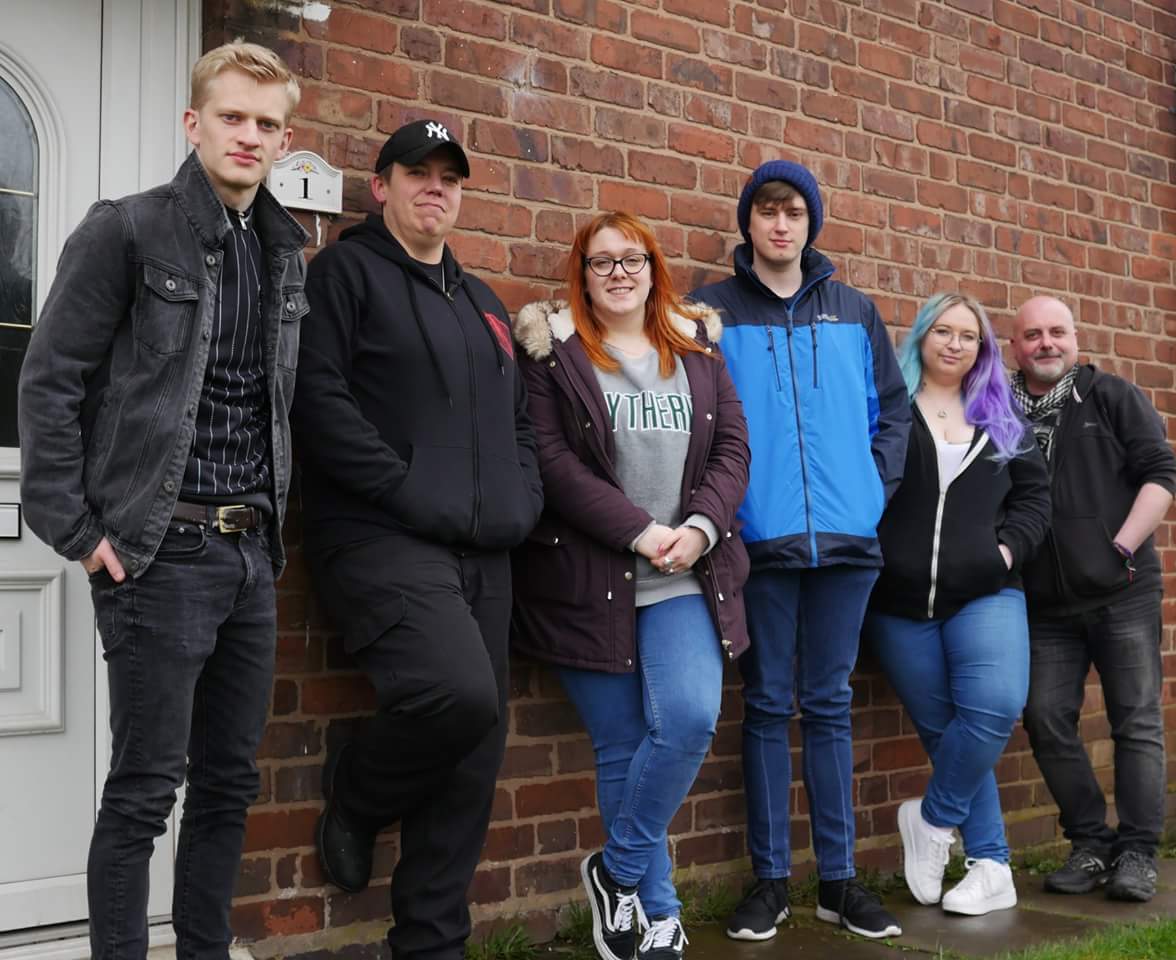 The readthrough was a fantastic success, with the lads really getting into their characters as well as interacting with Charlie Clarke’s Ethel for the first time, helping shape the dynamics we need to make this trio of fractured relationships work as best they can on film. It was also fascinating to see Charlie chat with Rosemary Manjunath who is playing her modern day counterpart. It is really a different and welcoming challenge for me to work with the same set of characters with multiple persons playing them!

I really cannot wait to see all of them as well as the additional supporting cast on screen and for you to see this story unfold even more.  Thank you to everyone who came along today. Was a wonderful one! 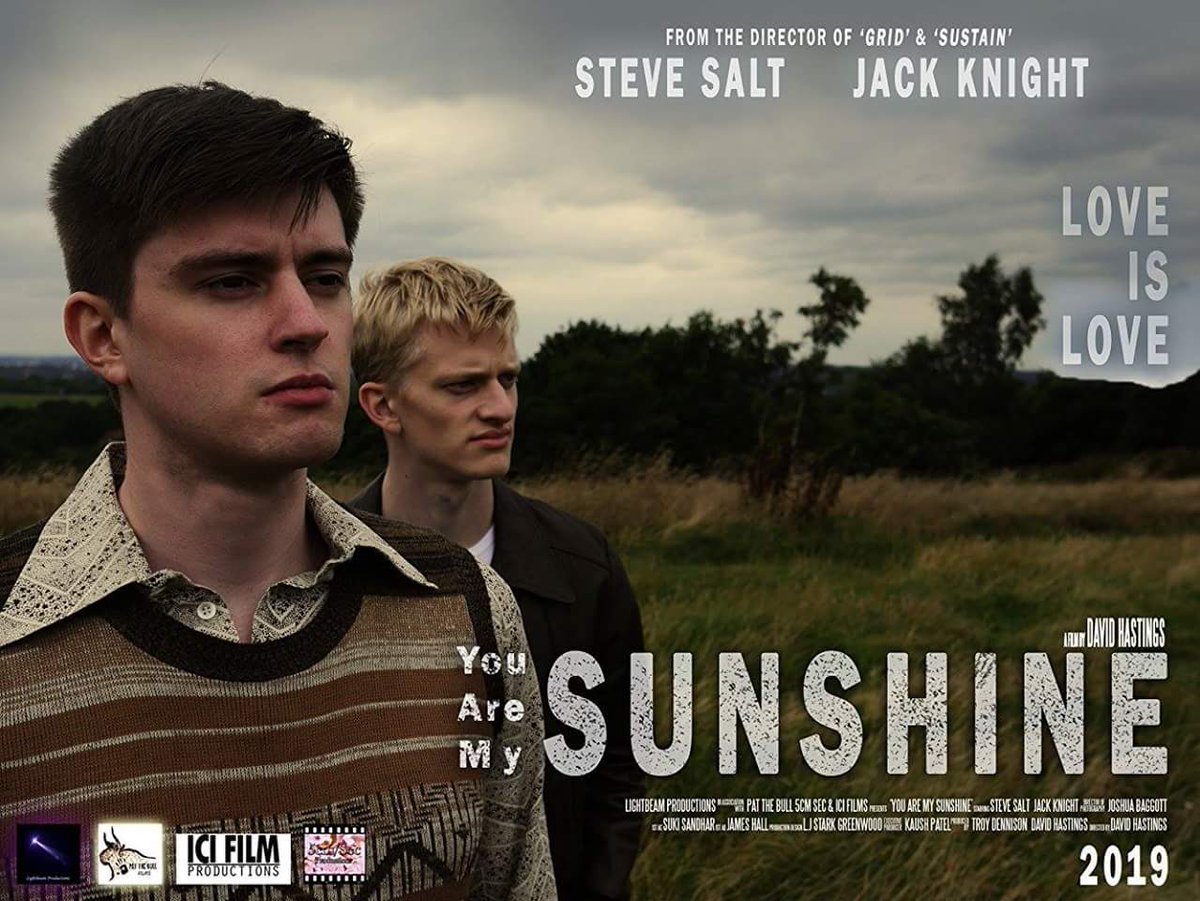 Sometimes I do wonder what other non-filmmaking persons must think when they see what we all get upto. Especially when you have all the below stuffed into your car boot in March! 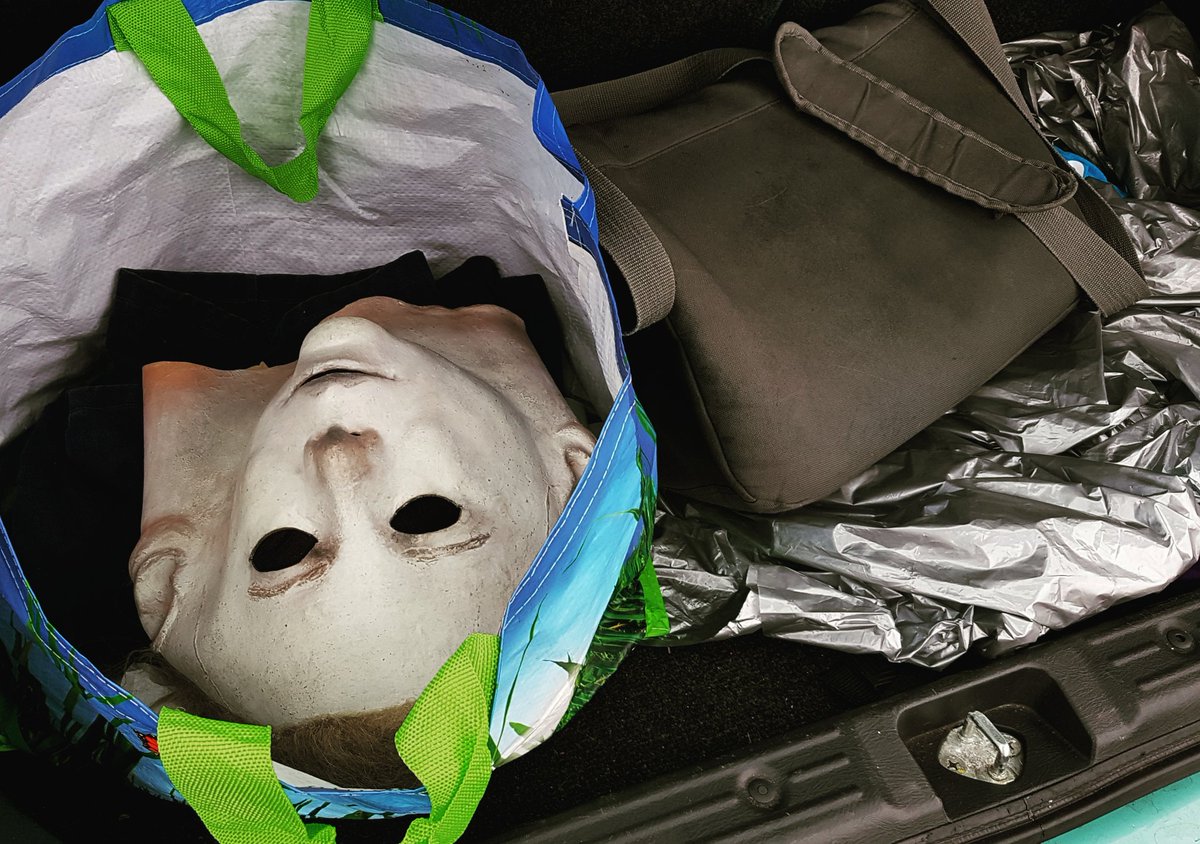 There is a reason for it….of course. And that is because I’ve been out and about today in Cannock with actor Chris Johnson and Evan Tapper to film some secret stuff for Paul Downey’s upcoming Halloween documentary. Suffice to say, being in a field, on the side of a main A-road on a lunchbreak did in fact turn some heads with what we three were doing and working on…..but you’ll have to wait to see the final filming and how it slots into the documentary. 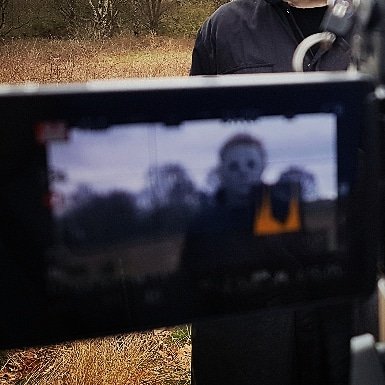 What a fantastic weekend it has been wherein The House of Screaming Death screened amongst some other fantastic films at the annual and prestigious Starburst Media City Festival – the film was received so very well by lots of people who came to talk to us all after the screening (as well as before). I cannot thank Starburst and the organisers enough for their kind support, welcome and the encouragement they gave us all this past weekend, as well as providing us all with a space to get not only our film seen, but other works as well. I’m sure I speak for others when I say this type of  arena and context is absolute GOLD to us. Thank you again! 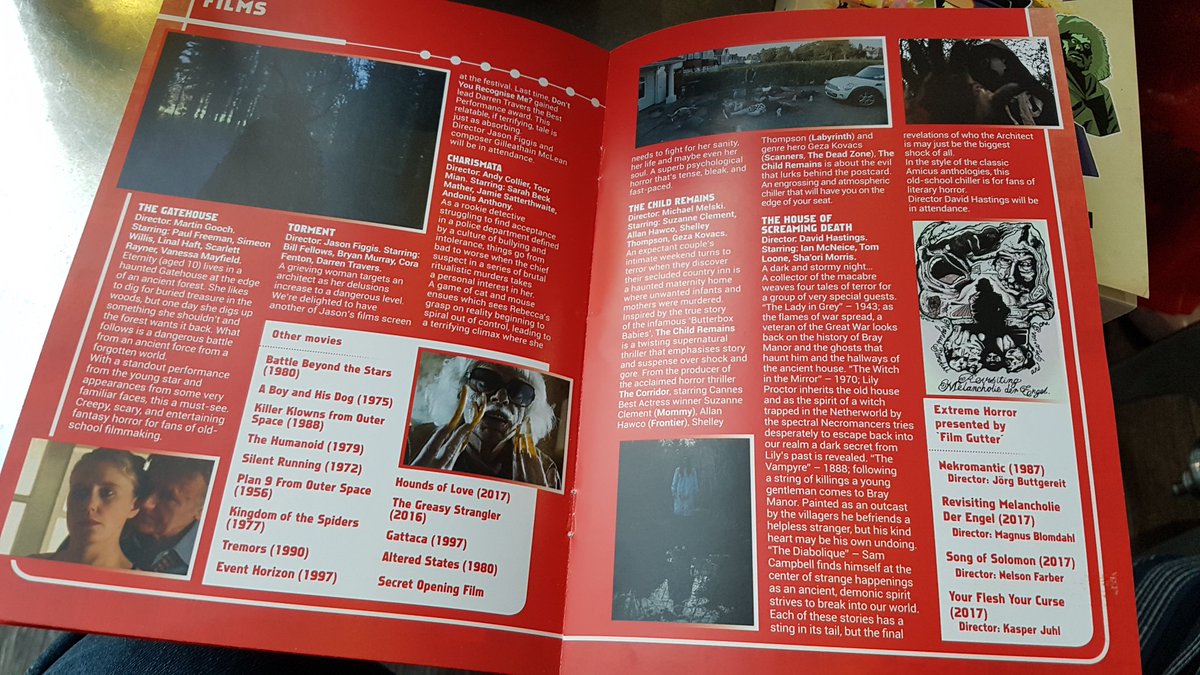 Part of the programme! 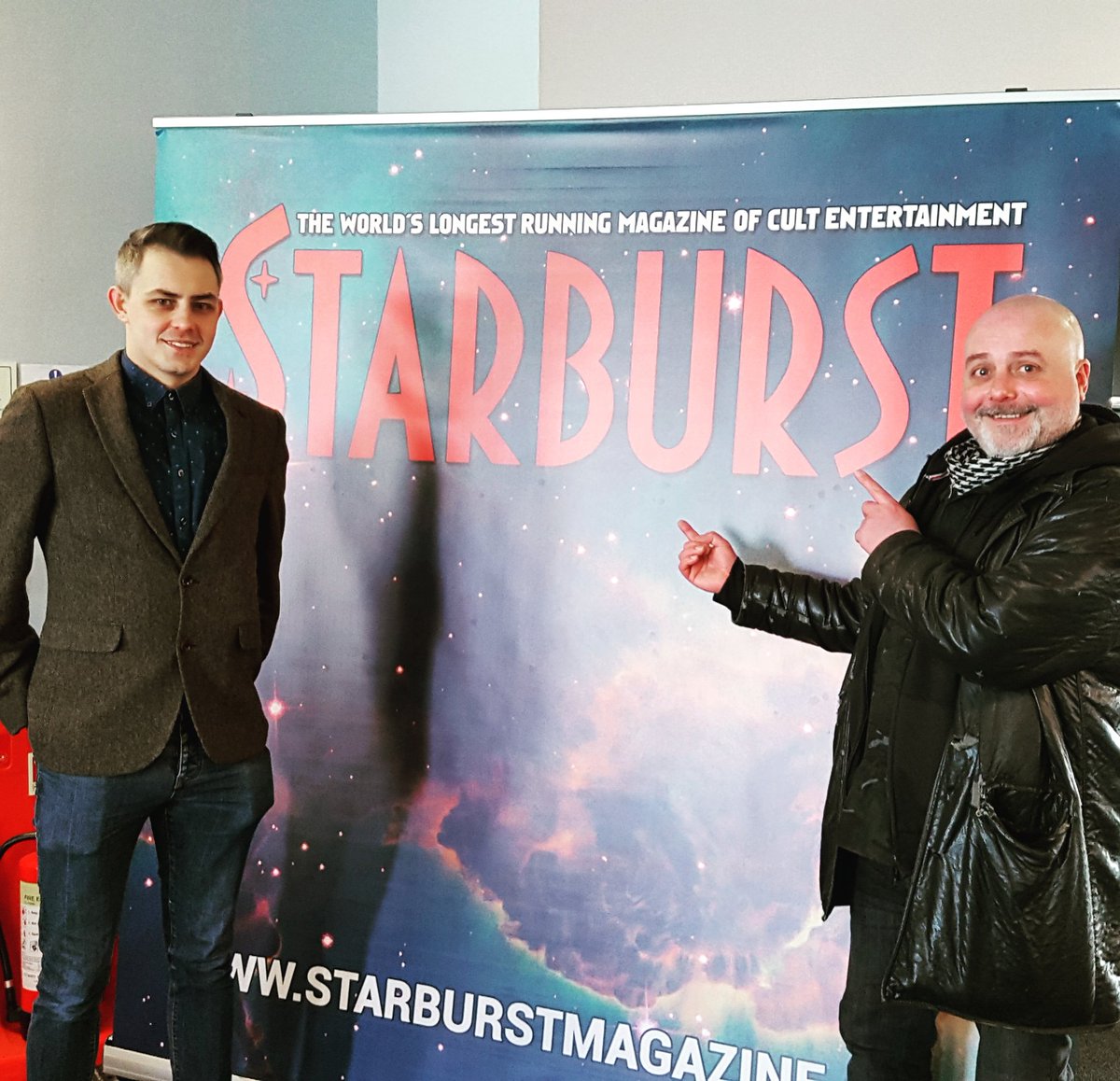 Star Brett Dewsbury (The Vampyre) and co-Director Troy Dennison at the festival! 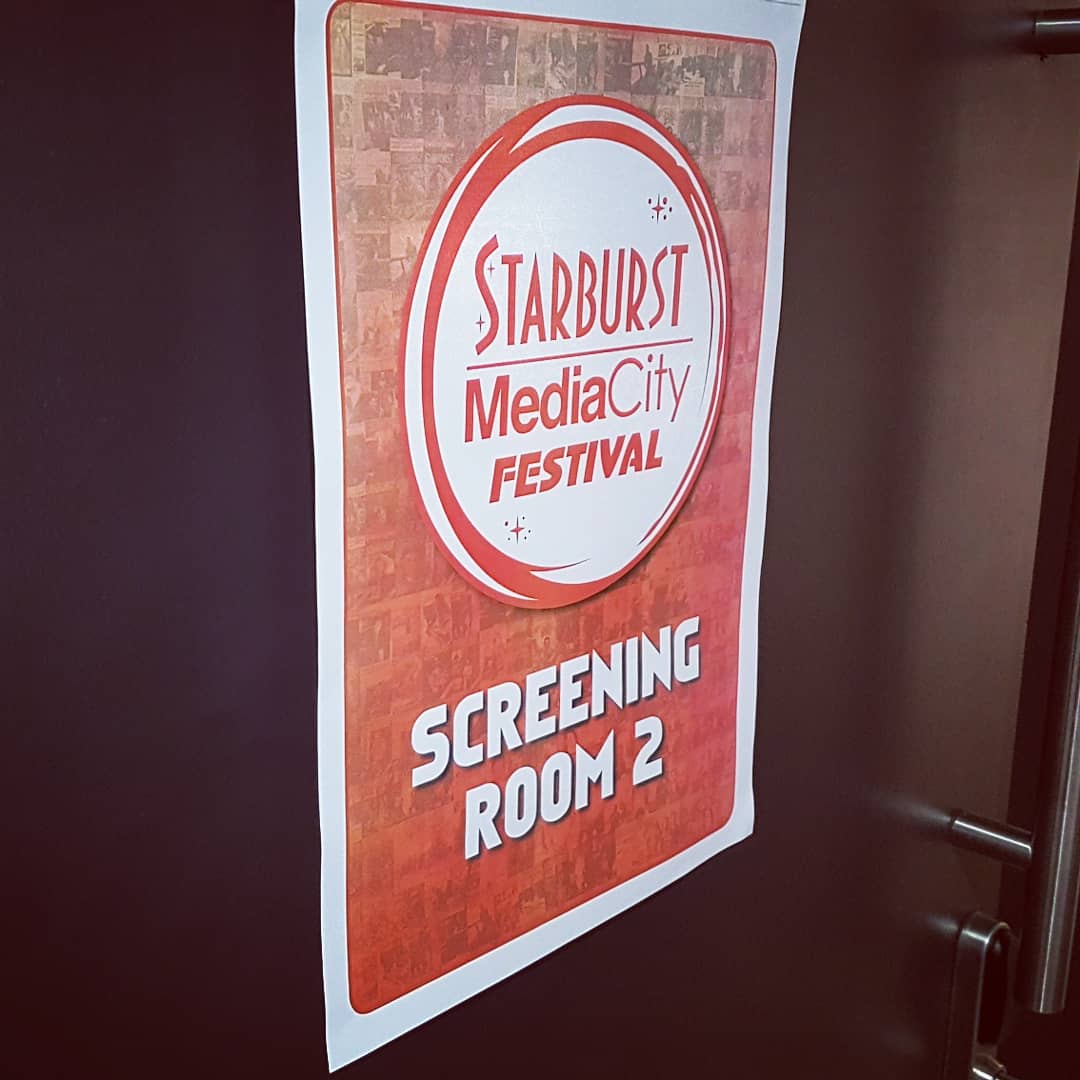 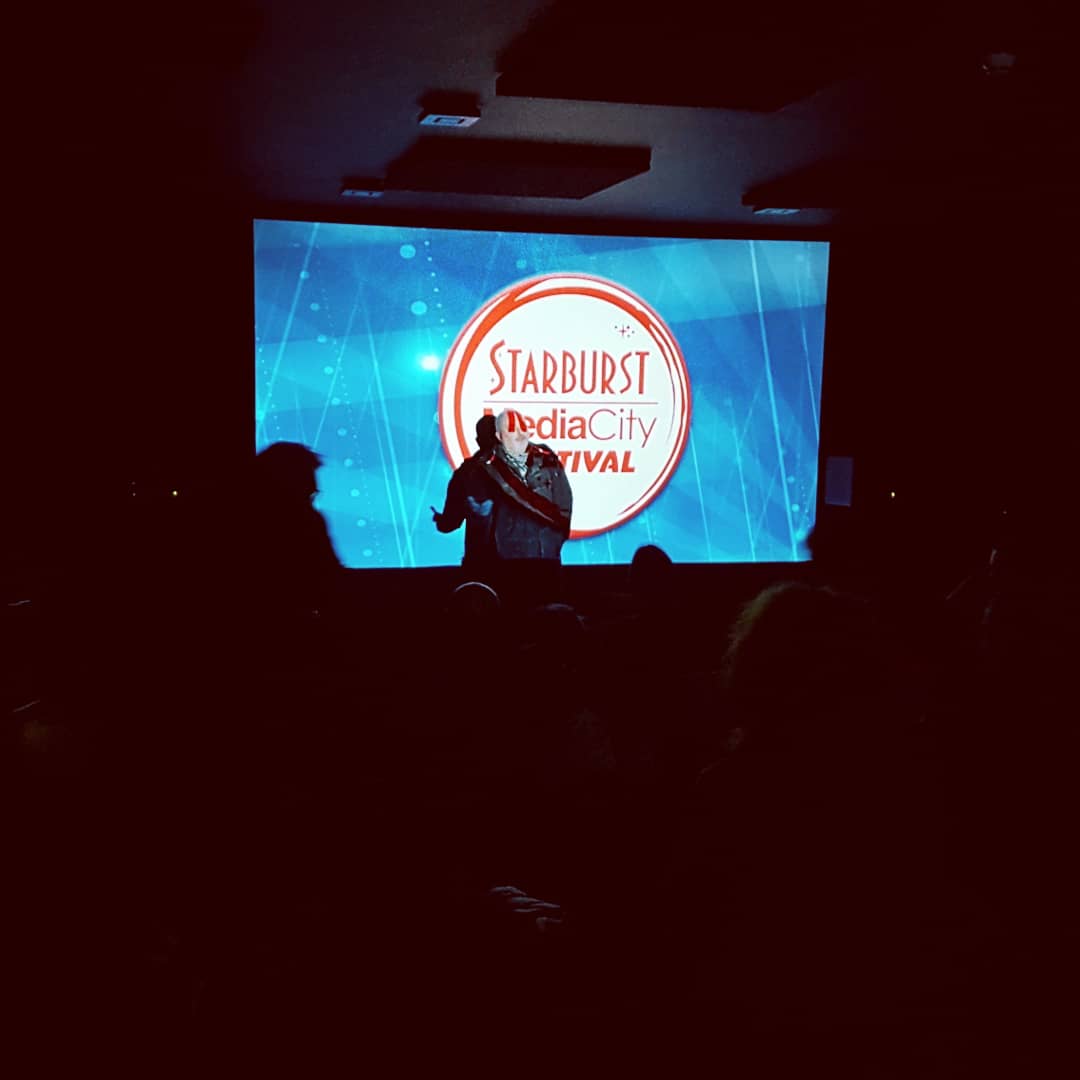 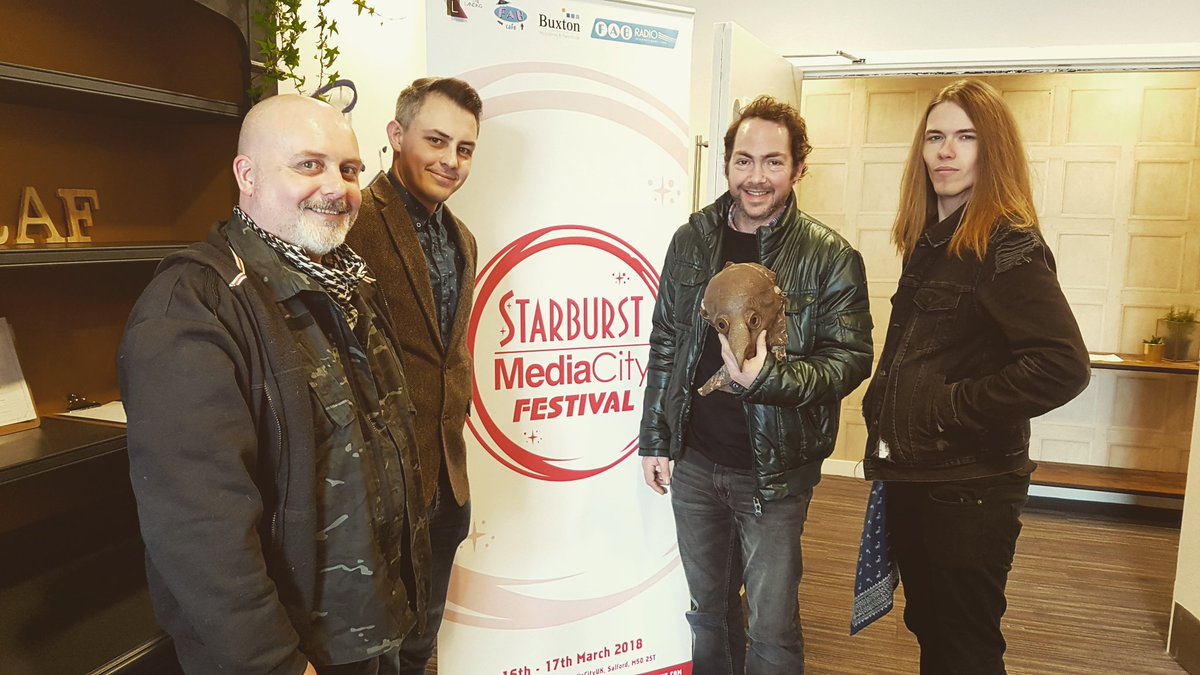 Post screening with one of our indiegogo backers Lee Hodkinson who came to support the film/receive his screen used Necromancer mask – lots of positive thoughts about the film+completely packed out audience! Thank you!

Just WOW! I’m still in complete shock, and my hands are still trembling with happiness (not as much as last night mind and definitely not from the cold weather!).

Around a month ago, The House of Screaming Death was nominated for both BEST FEATURE and BEST SOUND in the 2018 Midlands Movies Awards. I felt very honoured to even be nominated for such a prestigious event, especially one that celebrates the local filmmaking scene in the region. Even more so was the fact that the amazing and insanely talented cast and crew I had the pleasure of working alongside for one happy summer (as well as one week of pickups the following February, which were equally thrilling), were being given a massive dose of attention, something each and every one of them deserves! Everyone was a volunteer on this project, so a film festival that nominated them for their unique talents at helping bring this project to life, was just stunning to see for me.

So the event was last night, myself and Karen-Jensen Clark, one of our amazing sound crew (and amazing human being), were in attendance along with the brilliant Darryl Griffiths from Movie Marker, a great supporter of local films! I was there to represent the film, just being glad to attend and be in attendance with the other unique local filmmakers from around the region, and all celebrate each other’s projects.

I NEVER expected we’d win BEST FEATURE. Not in a million years! But we did, and I remember, I just froze for a few seconds, thinking nah, really, this is a joke. And then everyone started clapping, and Karen nudged me to go up and accept the award we’d received.

I can’t remember what I said, it’s frankly still a blur (I remember thanking the ghosts of the Manor House though ha ha), although Karen filmed it all. But I do remember sitting back down, and my hands were trembling with joy and happiness. Not for me, but for the cast and crew (some were eagerly awaiting news on social media as well). I had to let them know immediately. And whle doing that, me and Karen just continuously hugged and celebrated with champagne with Darryl!

Because this award is for every single one of our amazing cast/crew. Every single amazing, bloody talented one of them! And I’m still overwhelmed! So I’ll finish by repeating what I’ve posted on my own facebook page below;

That was said 5 years ago! And last night after one of the best summers ever making the film, and with a bunch of insanely talented people both in front of and behind the camera, we picked up the BEST FEATURE FILM spot at the Midlands Movies Awards

Thank you to all the judges and editor Michael Sales for all sitting down to watch the film and seeing what we were trying to achieve on such a small tiny budget.

We just wanted to make a good Hammer/Horror film, and you’ve helped make all the hard work pay off immensely! I’m genuinely still in complete shock and shaking still when I think of it all and try and allow it to sink in.

More than anything though, this Award, this Recognition is for every single person who contributed to the film and the staff at the Manor House, whether you were on set one day, a week or four weeks (being chased by the spooks as well), you ALL did this! And you ALL deserve this. You are ALL part of this project and this success.

And you’re all just stunning, insanely talented and an incredible team who I’m so very honoured to have gotten the opportunity to work alongside, to see your talents.

Please pat yourselves on the (bloody screaming) back!
❤

An incredible humble Dave x
(Here’s to the next adventure in film land).