After many months of planning, sweat, and the odd cry behind the notepads and computer screens, we present to you the first ever look at The House of Screaming Death in this brand new trailer featuring loads of teasers for what horrors lie within the final film when it comes out next year!

And let us know what you think!

Today was, well, without a a doubt, something to tick off the bucket list for sure.

Along with the wonderful Dan and Léyla, my lovely friends, who also kindly acted as semi-guides, we made our way to what is now left today of the legendary Bray Studios, the home of Hammer Horror, the films that had a massive influence on me in my childhood, and alongside the likes of Godzilla, Michael Myers, Jason Voorhees, and even classic Hollywood greats such as Doctor Zhivago, JAWS and other delights, helped awaken within me the need to want to pursue filmmaking as a career in my future as a child. 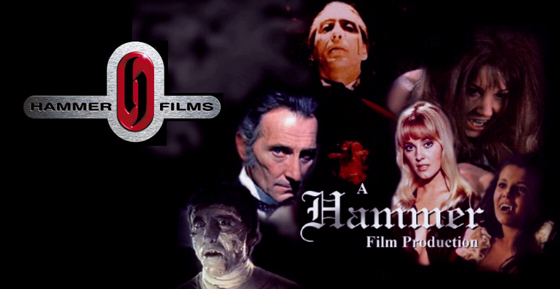 These films hold a special place in my heart and always will without a doubt, because they not only were beautifully made, but they also remind me of my childhood, either staying up late on a weekend to watch numerous titles on the BBC (and if they weren’t on, Godzilla was always on Cahnnel 4 instead, never a dull moment in those old schedules!), and oh working tthe VHS timer to make sure they recorded as a back up measure! But watching them, I always wondered how they made the sets, how the actors were directed, and how the special fx were done. 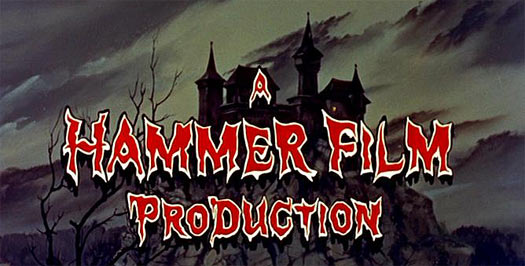 As well as this, I became aware of not only the recently departed Christopher Lee, but also of the man who became an idol to me, and still is today, ‘Sir’ Peter Cushing, who not only brought to life the heroic Van Helsing (he is the definitive article in my mind!), but in a chilling juxaposition, his manic and dangerous Baron Frankenstein! Having never got to meet him sadly before he passed in 1994 (I was distraught that day, and still are even today), I had already been to Whitstable, his home, and visited all the spots he had a deep fondess for, almost as a next best thing in a way, to meeting him. This in itself, was a wonderful experience, especially having the chance to witness his favourite sight, from what is now referred to officially as Cushing’s View.

I compiled all the footage I took on that visit and snipped it together in this short film, my tibute to my favourite British actor ever.

But I also felt the need over the years to visit the place that first brought me face to face to ‘Sir’, which was the studio that made him famous, immortal you could easily argue. Bray Studio, wherein some of the company’s most profilic films were made. We travelled there very early on the morning, getting there around 8am, and walking down to the river embankment, to see what we could behind the high rise fencing that surrounds the studio lands still. My heart was full of excitement, to see the place that made the visuals that my childhood watched in awe and wonder! 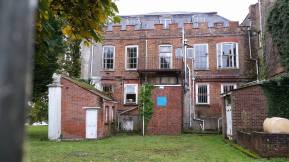 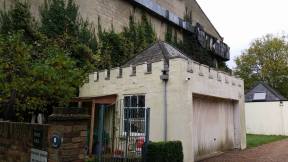 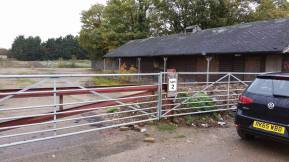 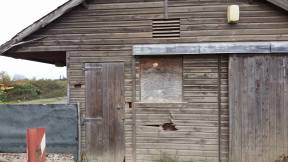 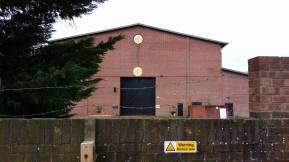 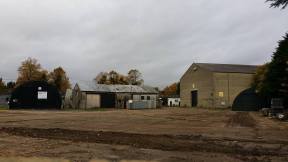 As well as this, we also popped next door to Oakley Court, which Hammer also used for certain films, notably The Brides of Dracula and The Plague of The Zombies. On the day we roamed around and were even given a bit of a guide there too by the wonderful staff (we also spotted Sir Roger Moore in there, which was an extra treat!). One of my most treasured moments, was standing exactly in the spot that Sir Peter did in one of the most thrilling moments in Brides, where his Van Helsing chases the diabolical Baron Meinster out of is castle to the courtyard. It felt like history engulfing you, it was that magical. And thank goodness for the means to capture moments like this on camera, because I needed this all to be preserved forever. 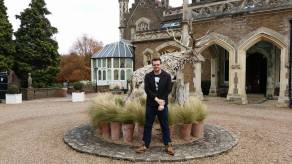 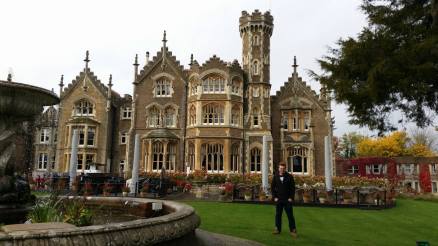 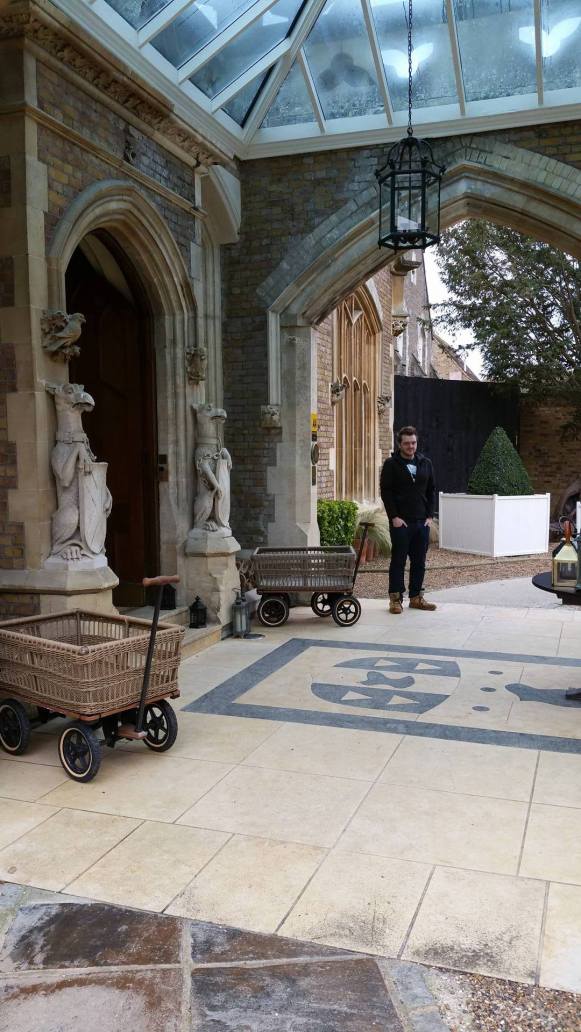 Afterwards, we took a boat out on the River so that we could observe the infamous Down Place, that most fmailiar sight when you ever see the studio in past pcitures or film, there on the embankment. Once a majestic building, where actors, producers, writers, production assistant, costume designers, set builders and so fourth would be battling the ever looming workings of the clock to get scenes finished on time. Now, a silent sight, where the ghosts of Peter, Christopher and other notable family members such as Michael Ripper would be, linger in your imagination. You feel such happiness, but also a sense of sadness. 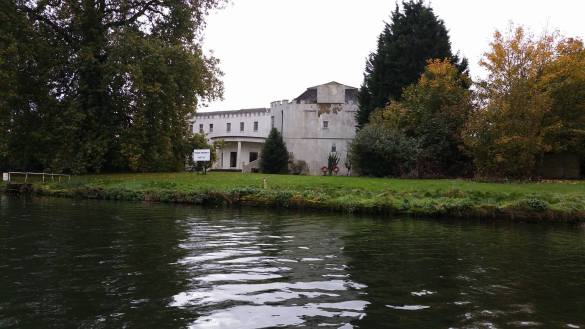 We made our way back to Down Place afterwards in the hope of getting a better view, and we were kindly invited to the back garden area by one of the residents whose own house backs onto the legendary and iconic spot. He was wonderful and allowed us to take as many photos as we liked. The building itself is in a state, and needs a lot of repair work after being left unlived in for a few years as well as uncared for, as you can see in the pictures below. Unfortunately, on the same day too, we were also informed that the horrid plans to turn the building and lot into flats was going ahead. What a sad end to a majestic and important spot in British Film history and its industry. 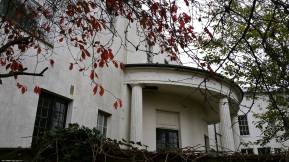 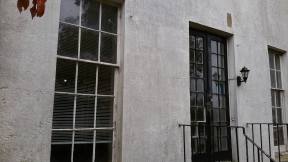 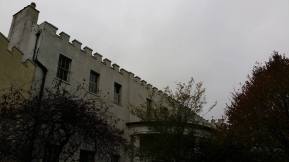 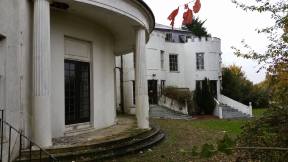 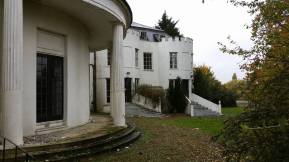 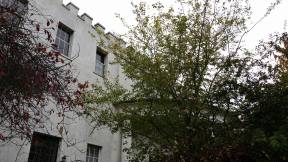 It’s a massive shame that the land is being converted into something that is not needed. Bray Studios, if in the right hands, could easily be converted into a museum, which I’m sure would have donations immediately from those still in possession of the odd prop or two. I’m also in no doubt that people from all over the would, from all walks of life, would visit this place immediately, to see the place where their love for British Gothic horror came from, as well as where their nightmares were formed. But in all, to come together and support the place where people worked tirelessly to make something they could enjoy, over and over again, and for years to come. 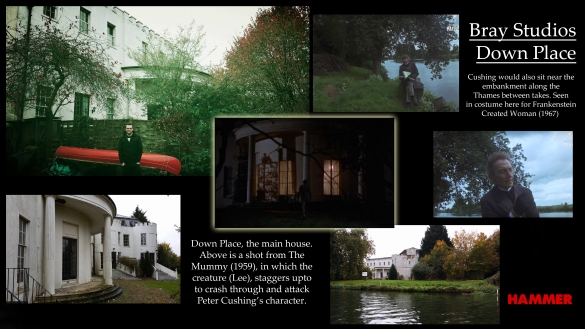 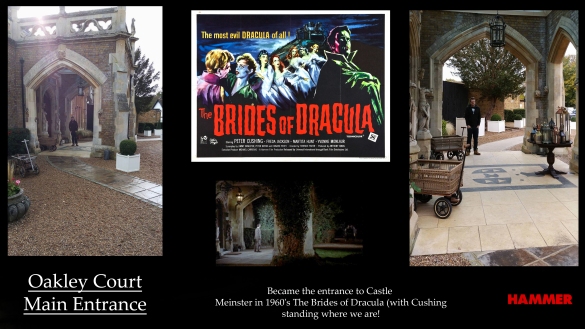 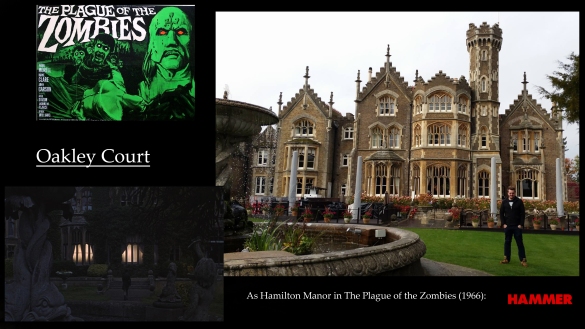 But what we lose in life, lives on in our memories, and furthermore here thankfully, on our screens forevermore.

Very proud to announce that Brink has been selected for the very first ever FAQiff (Feminist and Queer International Film Festival) in Romania.

FAQiff promotes films and artists who explore feminism, gender, gender expression, sexual orientation and sexuality, and we are very proud to be part of such an important festival! Especially the first ever one! The first edition of FAQiff will take place in November 2015, in Bucharest, Romania. You can find out more about the festival at http://faqiff.ro/

More details as they come in! And THANK YOU to the festival organisers for choosing Brink. 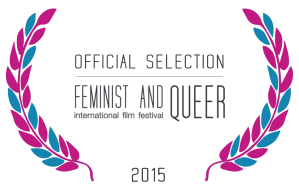 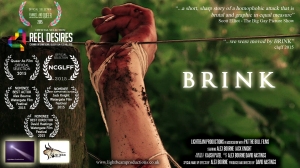