We are very pleased to announce that BRINK is an official selection at this year’s CIQFF, returning us to this amazing, bold & important Film Festival for a second time after Pete & Aaron (our final Checking In segment), screened there last year.

BRINK is an important Film we wanted to make, and we wanted to use its shocking content in its short running time to have an impact on audiences. To help highlight the terrible & sometimes tragic consequences of homophobia. Something we must continue to strive to beat despite a more accepting modern world. 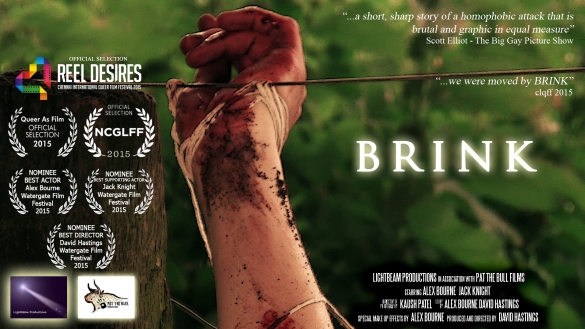 Thank you CIQFF – more info as it becomes available.

Our short film Brink, which was an official selection at this years’ London Queer As Film Festival in February, is now going to receive its US premiere in August as part of the 20th North Carolina Gay & Lesbian Film Festival!

We are all completely over the moon with this news and hopefully, will allow the film to continue to not only speak out against Homophobia, but also highlight the dramatic and sometimes tragic consequences that unfortunately go with some cases of this abuse. Something that needs to stop. 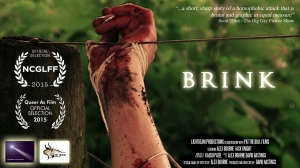 More details, screening times and dates will be announced through the official website here.

Thank you to the judges and selection panel and congratulations to actors Alex Bourne and Jack Knight as well as Director of Photography Kaushy Patel!